ALBUM REVIEW: “Ternion” by We Have Band 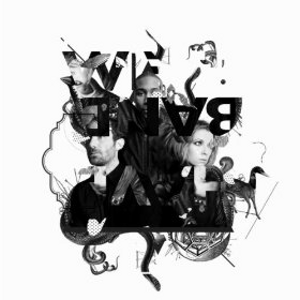 We Have Band
Ternion
[Naive Records]

Although Ternion is only the sophomore release from UK trio We Have Band, it proves beyond a shadow of a doubt that they are not just a flash in the pan. By continuing to shirk the pressures associated with signing to a label, indie or major, they are able to have total creative freedom. This freedom rings clearly throughout each of the ten tracks on the album.

Maturing from their previous disco-esque pop sound, Ternion features beautifully eerie, yet equally as catchy songs. Every track exhibits a whirring fluidity, punctuated by the lingering vocals of Dede Wegg-Prosser, particularly on tracks “Afterall” and “Watertight.”

“Where Are Your People,” the album’s first single kicks in with a low bass line and percussive beat that immediately demands your attention. Darren Bancroft and Dede’s vocals play off each other in a chilling echo. On the equally stellar track “What’s Mine, What’s Yours” portrays a softer side of the group’s sound without becoming lackluster or overly saccharine.

While their previous release drew criticisms that the band seemed like a cheap rip-off of groups like Bloc Party and the Rapture, Ternion proves those critics wrong. Since that 2010 release, the band has grown immensely, both as songwriters and musicians.

We Have Band – Watertight