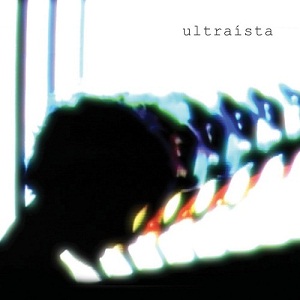 Much of the buzz surrounding this album can be attributed to the veteran producers and their proximity to Radiohead. Despite the fact that Godrich and Waronker’s combined CV amounts to the gold standard in musical pedigree, the face of Ultraísta is the luminous Laura Bettinson. The members of Ultraísta have consciously reoriented the circulating narrative to direct the camera (both literal and metaphorical) onto Bettinson. While Godrich and Waronker expertly engineer the aqueous synths and tribal Afrobeat clicks that make up much of the album, Bettinson lends her hypnotic allure as vocalist. The fluidity of Bettinson’s voice is so instrumental that her syllabic moan nearly carries the concluding track “You’re Out.” Luckily, their sound is nearly uniform throughout all ten tracks: danceable Afrobeat with psychedelic synth pop. Frenetic tribal drums in “Static Light” recall Matthew Dear while the trio is at its most restrained in “Party Line,” in which Bettinson’s lackadaisical vocals hover at a parallel to the accompanying piano and muted background clinks.

Ultraísta has mastered Afrobeat-heavy synth the way The xx has trademarked nervy self-contained compositions. Both bands hinge on the spatial, sensual coos of a British female vocalist and demonstrate a very particular aesthetic intellect. However, if The xx’s music is intended for the intimacy of the bedroom, Ultraísta’s sound is best suited to the jerky spontaneity of a ’60s dance floor.