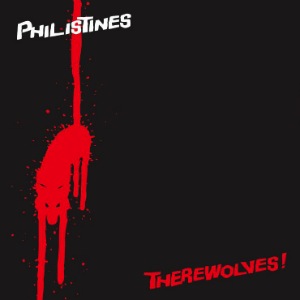 This is the story: band member jumps ship, friend/brother/homie picks up slack, dudes realize they have a bitchin’ record. Picking up this slack was frontman Colin Daly’s brother, who helped shape the record through swapped iPhone memos and bare-bones recording files.

And the record actually turned out pretty good – for fans of ’90s indie-rock. Or, Pavement, if you will.

Lead single “Woo Hoo Hoo” gets the ball rolling, and it’s everything you’d expect from a lo-fi garage rock band that loves Pavement, and you know, all the other bands like that, but it’s actually the rest of the record that is far, far more interesting. You may not have noticed, but there’s been a hell of a lot of solid garage-rock albums that landed in 2012, and while it’s a difficult genre to fuck up, most get lazy. Philistines, however, mix it up. “Battle Stations” is the track that rips up the rule book written over the first half of the record by going all Arcade Fire on our asses — impressive for a four-piece.

Therewolves has its flaws, of course it does, but when its twists and turns are so unexpected, but not entirely unsurprising, why tarnish such an enjoyable album with a bad word?