ALBUM REVIEW: “The Yearling” by The Parson Red Heads 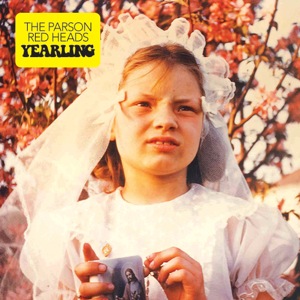 I am loving The Parson Red Heads because they’re carefree and wild, and I’m telling you, they’re wonderful. Yes, yes I am blatantly stealing this band’s lyrics from “I Was Only” because the song so very much encapsulates this band. The Yearling is a hell of a first LP after their move to Arena Rock label, not to mention the band’s physical move back to Portland; that beacon for all singer/songwriters searching for the perfect harmonies. Not that they needed the great Northwest for that. This band has always proven itself exceptional at meshing harmonies of voice and guitar, garnering Beatles and Fleetwood Mac comparisons strewn about like confetti.

They’re fairly mellow, melodically speaking, and most often tagged as folk. Yearling is not an exception to this rule, more like a showing of how well they are blending what they do and expanding into how they can go boldly go forth into the unexplored. Singer/songwriter Evan Way is the linchpin of the whole operation, with his wife Brette Marie Way (drummer), Sam Fowles (guitar/vocals), Aaron Ballard (guitar/vocals), and Andy Creighton (bass/vocals) making up the remaining core, with a host of other wickedly talented folks showing up when you least expect it. The fast paced rock pop song, “Kid’s Hanging Out” is certainly one of the best songs they do live – which I write with a raised fist since this band kicks some serious ass live. They’re definitely in my top ten bands I’ve seen this year, and it is only August.