“The Silver Gymnasium” by Okkervil River 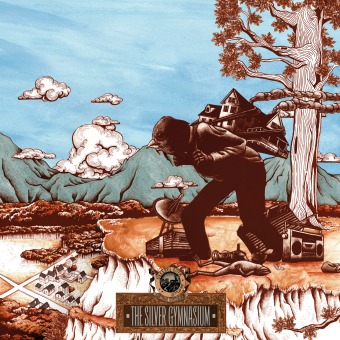 The Silver Gymnasium finds Okkervil River moving from longtime home Jagjaguwar to ATO, and reverting to the concept album that seems to be Will Sheff’s default status. Extracurricular fun includes a map done by long time artwork collaborator William Schaff, who turns Meriden, NH into Sheff’s own personal Hundred Acre Wood. And if that weren’t enough, there’s also an 8-bit Silver Gymnasium game!

Meriden in the mid-‘80s evokes references to Ataris, VCRs, and cocaine. Sheff examines how a certain place in time leaves its mark on a person, for good and ill, and the band responds magnificently to the challenge: from the Box Tops horns that buttress “On A Balcony” to the gritty balladry of “Lido Pier Suicide Car,” John Agnello’s ace production reveals more with every listen.

Side two is relentless: “Stay Young” starts with synth flourishes heralding the worst ’80s radio friendly fodder, but unfolds into an Okkervil anthem that would slide easily onto a John Hughes soundtrack. They trump it two songs later with “All The Time Every Day.” Closer “Black Nemo” pitches towards the scope of prime Jackson Browne, and maintaining its smarts amid a pure AM radio setting is The Silver Gymnasium’s triumph.