THE LO DOWN: “Ritual Union” by Little Dragon 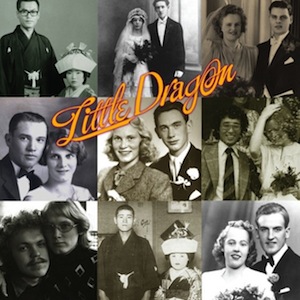 Hip-hop heads, alt-soul dancers and music nerds alike will be psyched for the much-anticipated new release from Sweden’s Little Dragon, Ritual Union, out tomorrow (Tues, 7/26). 11 tracks recall more of the dance edge of 2009’s Machine Dreams than the ballads of 2007’s self-titled LP, though this new album truly just magnifies that for which the quartet is most known: Yukumi Nagano’s soulful and lilting vocals over a unique blend of synth beats and organic instrumentation to create a kinetic dreamscape you can’t help but get down to. In a word, superfresh.

“Nightlife,” the first single, hints at the psychedelic dance energy and singable choruses of the rest of the album, though if you really want to kick up ‘dem heels, throw on club-ready tracks “Shuffle A Dream” and “Brush The Night.” A fan of Nagano’s softer side, I’m digging “Crystalfilm” and album closer “Seconds” — and I continue to find surprises with every listen. I think that’s what makes Little Dragon so tight (and why so many of their musical peers also can’t get enough — Big Boi, Gorillaz, DJ Shadow, and Rafael Saddiq to name a few): each song creates a world in which you may choose — nerd out over syncopated rhythms and atonal harmonies, or just feel the bass and cut a rug. All experiences welcome.

Ritual Union deserves a spot in your collection; go get ‘er and get your geek/dance on now.