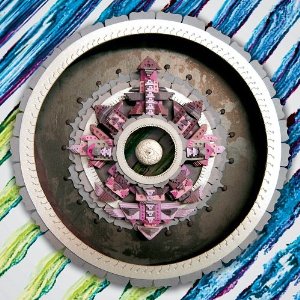 The Infinite Music of French Horn Rebellion is certainly a title that takes more than a mouthful to get out. However, while the album’s title might give a bit of trouble to the tongue, the album is just a delight on the ears.

One part classic emo-indie, another part technological influences, French Horn Rebellion presents an interesting sound to listeners. In “Last Summer,” the track has two minutes of a quaint little indie rock song. But then – alas! – comes the horns. The song morphs into this big band-lofty-and-large sound before wrapping up with a little bit of Queen. It sounds neurotic but somehow the band is able to make it all work together as one. “Brasilla Girl” starts off sounding a bit like a Nintendo dance track. It moves into a sexy, full-on electronic track before getting quiet towards the end. “The Cantor Meets the Alien” is one of the quietest tracks on the album. Taking in a bit of a 1980s feeling, the track sounds a bit like so many songs you’ve heard before. But there’s something in the way the track is performed that changes an otherwise basic track into something special. Another winner on the album is “Up All Night,” which is poised to become your next favorite party song. Starting with balls of energy and more synthesizer than should be legally allowed, the falsetto high notes and energy drive their way through this track.