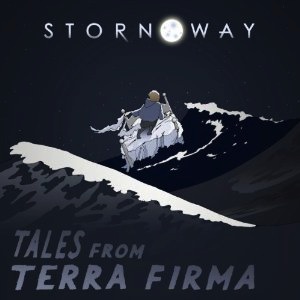 4AD tends to put out records of a certain temperament. The throwback and haunted retro sonics of Grimes and Ariel Pink’s Haunted Graffiti are here, as well as the baritone indoors songs of The National and the exploratory falsetto of Bon Iver. The label’s video series, 4AD Sessions, first featured Stornoway in an episode between the dark and brooding Ariel Pink and Blonde Redhead features. All that to say, Stornoway’s sophomore release Tales From Terra Firma continues the levity that makes them stand out from other bands on the label.

Their first record, Beachcomber’s Windowsill, made its mark by combining a twee sort of songwriting with the horns and acoustics of

other popular folk groups. Tales From Terra Firma shows a band still bent on optimism and restrained frill. There’s more pianos and instrumental experimentation here than on the last. Singer/guitarist/songwriter, Brian Briggs, brings his old soul poems to life with a spirit and heart on his sleeve. Here there is earnestness without regret.