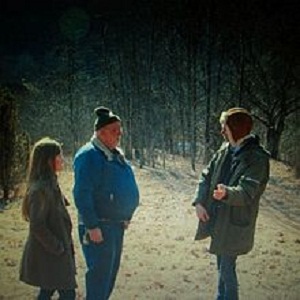 Not many artists can evoke exuberance while staring down the grim reaper, imagine an OutKast/J. Mascis mash-up, and place tender declarations of love after a space rockabilly funeral dirge. Dirty Projectors do this and more on Swing Lo Magellan, the ambitious follow-up to 2009’s transcendent Bitte Orca. No two songs are alike, yet all bear the distinctive imprint of one of the most creative acts in 21st Century American music. DP tones down progressive tendencies and sidesteps impenetrability by sharing the personal side of peculiarity.

The male-female vocal interplay is harmonious yet jarring, as conversational as it is ceremonial. Ecological disaster tale “Just From Chevron” alternates honeyed narration with the final thoughts (and shrieks) of the doomed ship captain. Disparate influences abound in the revelatory beat-making, sometimes within the same track. Trunk-rattling and crunchy pull a Jekyll and Hyde on “Offspring Are Blank.” “About to Die” features what sounds like a leaking faucet on bongos. Arrangements run the gamut, from thoughtful (the title track) to wrenching (“Maybe This Is It”) to bizarre (“The Socialites”). Expertly sequenced, Swing Lo Magellan is a darkly joyous portrait of a family not afraid to compose “martyr’s morbid poetry” then promptly dismiss it with “that doesn’t make any sense.”