ALBUM REVIEW: “Something” by Chairlift 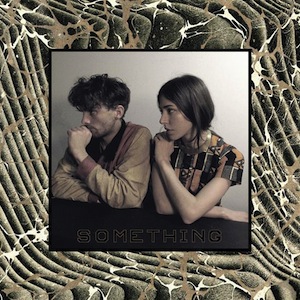 As a break up album, Something is remarkably mild tempered, almost too cheerful in its pop snyth hooks and melodies. This is the first album released after signing with Columbia records in 2009. That seems a bit delayed, right? Indeed it was, partly because of a legal battle for the right to use the Chairlift name between Caroline Polacheck and former flame (now departed) co-founder, Aaron Pfenning. Remaining calm and carrying on as a duo with Patrick Wimberly (Das Racist), Caroline shows off all of her strengths; the wry lyric, witty chorus, and her wicked way with a tambourine.

Showing off her way with a synthesizer as well, Something sounds like it could have been plucked from the ’80s popland, echoing Pet Shop Boys dance beat on “Met Before,” delivering the pop perfect, ear worm to be “Amanaemonesia,” and quietly introspective on “Frigid Spring” and “Turning.”  Like her fellow genre artists Ladyhawke and La Roux, Caroline knows how to use her voice for the desired effect; be it breathy gasps of deep thoughts or clear toned notes imbued with happiness. She delivers lines that give a glimpse of the ire toward her former flame, in the perfect tone designed to put such persons firmly in their place on “Guilty As Charged,” “If I gave you what you’re asking for, you know you wouldn’t want it anymore/ So I won’t.” Like writers of novels, song writers can also have fanciful thoughts of how they’d kill someone who had done them wrong, exorcising their anger into a character. Such is the case in “Sidewalk Safari” where after listing what won’t work for the death of the target, a car is decided upon as the perfect vehicle of death (pun intended, I couldn’t resist). And depending on which kind of movie you’re looking for, credits to love songs, “I Belong In Your Arms” and “Cool Fire” will fit the bill; the former a gem of a pop love-gushing joy, the latter a quiet outpouring of emotion.

Well worth the wait, Something is the album that grew up to be the shiny, smart electropop we knew Chairlift could deliver. Now, where did I put my blue eye shadow and hoop earrings?

SOMETHING Out Now by Chairlift