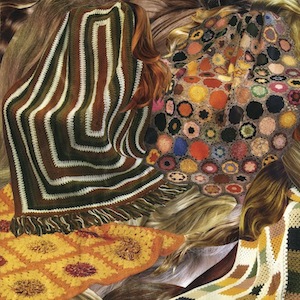 You have to admire Ty Segall for churning out album after album of amazing music, done in collaboration with fellow musicians in White Fence (Tim Presley) and Thee Oh Sees. He’s taken a step back from the bold, eardrum-melting sounds and given us a taste of his softer side with Sleeper. As the album art suggests, Sleeper cloaks the listener in the folds of its warm, folk acoustic sound without cliche. Each track hints at 60s and 70s greats such as Ziggy Stardust, Dylan and Velvet Underground, but Segall’s intense lyrics and seamless technical transitions bring a distinctive quality to this garage-pop music.

Though the album is unlike his previous efforts and rides the waves of Segall’s personal life story to date (the passing of his father), it is also a testament to his willingness to go above and beyond what he’s known for. The outstanding “Crazy” gives a glimpse into where’s he’s going and at the same time he reminds the listener “Don’t forget where you come from.” “She Don’t Care” grates at the raw heartstrings of those who’ve been crossed in love. Finally, “The West” perfectly sums up the feelings of the artist torn between two worlds (of parents? Music? Life choices?), asking “Where do I go home? … Is it in the west.. is it in the east…”