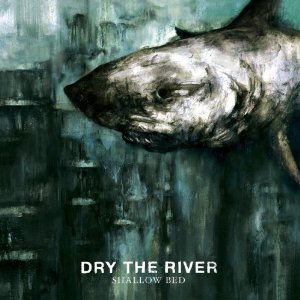 Dry the River’s debut LP, Shallow Bed, is for fans of Fleet Foxes, Mumford and Sons, and Bon Iver. But unlike Robin Pecknold or Marcus Mumford or Justin Vernon, Peter Liddie, Dry the River’s singer, has a grander voice and a less depressive tone. While the former folk-rockers leave you crying in bed on a rainy day, Liddie dreams of making it all better. On their lead single “New Ceremony,” he wrestles with his relationship demons, but
always returns to the refrain of “I know it’s gotta stop, love, but I don’t know how.”

Liddie’s hymnal folksiness is due in part to his training as a Catholic choir boy and in part to the active decision of the band to move away from their D.C. hardcore punk roots that brought them to music in the ﬁrst place. The result is emotive intensity as passionate as the D.C. scenesters, but with a full bodied classical violin.

While not overly religious, the album’s ties to Catholicism are also undeniable with incantations like “Bible Belt” and “Shaker Hymn,” but truly this is a secular album that adds to the beautifully growing contemporary folk-rock genre mixing UK and US artists together unrecognizably.