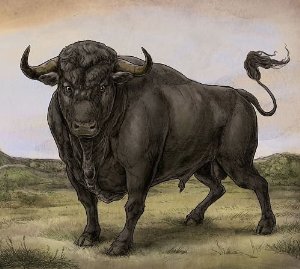 San Fermin’s self-titled debut album is an exciting collision of indie rock and classical orchestrations. The creation of 23-year-old Brooklynite songwriter/non-singer Ellis Ludwig-Leone, half of the tracks are sung by Ludwig-Leone’s friend Allen Tate in a rich, Matt Berninger-esque baritone, while the others are co-sung by Jess Wolfe and Holly Laessig, also of the band Lucius.

Some of the best moments are when all three come together, like the gorgeous “Renaissance!,” or the enchanting, folksy “Oh, Darling.” Ludwig-Leone pulls influences from some of rock’s savviest genre-blenders: the rock/chamber music melding of Sufjan Stevens, female duets in the vein of Dirty Projectors, and horns that are downright Beirut-al combine to form a melange as smooth as silk. The album’s long — 56 minutes, including six interludes — and in that time, Ludwig-Leone creates ebbs and flows like a movie director. One minute, the relaxing, National-esque “Torero” is lulling you into a sense of peace, the next, “The Count” is waking you up with intensely dissonant, St. Vincent-like horns. The album is grand, ambitious, impressive. Ludwig-Leone takes a big risk throwing all of these disparate elements together, but he’s more than up for the challenge.