"Ride Your Heart" by Bleached 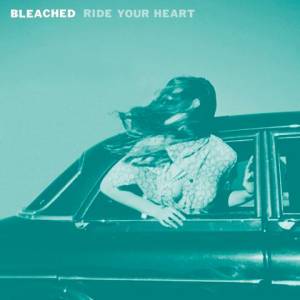 Rising from the ashes of Mika Miko, the Clavin sisters flew under the radar, building Bleached on a core of girl-group harmonies and guitar fuzz. Not sure if there’s ever been a Bleached show that didn’t include a Ramones cover, and the key to Ride Your Heart is how they boiled down their frantic live shows to suit a studio record by finding an intersection between the Wall Of Sound and the graceful throttle of Wild Gift era X.

They set the tone immediately with “Looking For A Fight” and “Next Stop,” confirm their ability to slow things down convincingly with “Outta My Mind,” and flaunt their songwriting chops with “Dead In Your Head.” It was their third single, “Searching Through The Past,” that was

I was advised this interesting site

the lightbulb moment where everything came together, and while burying the classic blast near the end of the record is mysterious, multiple listens reveal a bulletproof side two, including “Dead Boy” and the stroll of “Guy Like You” sandwiched between the anthems of the title track and closer, “When I Was Yours.”

Here in California, things are already blooming, and Ride Your Heart is not only a hell of a coming out party for Bleached, it’s the soundtrack of summer nights.