ALBUM REVIEW: “Respect The Van” by The Brothers Comatose 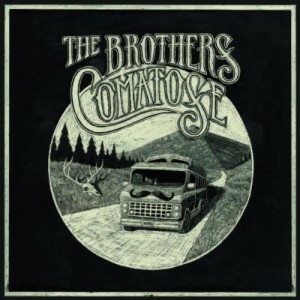 The Brothers Comatose isn’t the kind of band you think would come from San Francisco. Even though they’ve held the stage at Hardly Strictly Bluegrass Festival and are planning a whirlwind tour this summer where they will play various music festivals, backyard parties, and brew houses — you probably won’t spot these guys riding a fixie in the Mission District anytime soon.

Brothers Alex and Ben Morrison started out the band in 2009 after a few years in failed rock and punk bands. They learned to play their instruments in the living room with their family before slipping away to the ludicrous dreams of playing rock and roll, yet thankfully ended up right back from where they started, playing fun and wholesome bluegrass that actually, won’t annoy you.

On the latest LP from The Brothers Comatose, the Morrison brothers are joined by Philip Brezina (fiddle) and Ryan Avellone (mandolin), which they actually tracked in a living room. Respect the Van is a great introduction to bluegrass bands if that’s really not your thing, or if you’re a seasoned vet, it’s just another great album to add to your collection. No two songs sound the same, and the incredible fingers of all four members never ceases to amaze. You won’t find songs about boozin’ too much or how the boys lost their girls.

What you will find is fun and quirky songs about eating pie in the morning or how they’ll never grow old and be mean. Watch for them in a city near you (we’ve posted tour dates below) and make sure you download the single as well. Hopefully, they’ll even make another appearance at Hardly Strictly this year.