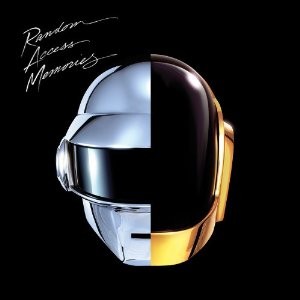 With their groundbreaking electronic opuses, Homework and Discovery, Daft Punk have had a pretty significant share in killing the rockist notion that cool music has to feature penetrating guitar work and a verse-chorus-verse song structure. Now, by embracing the historically uncool genres of late ’70s disco-funk and soft rock, they’re putting a nail in the coffin of rockism as a notion altogether.

The hip underground’s appreciation of smooth, polished sounds, and instrumental proficiency has been going on for quite a while now, but Random Access Memories marks the first time a band of Daft Punk’s stature has acknowledged this new shift in tastes. That said, the French duo’s homage to Nile Rodgers and Giorgio Moroder doesn’t strike as an especially inventive one; it is still, however, a gorgeously performed and produced, catchy collection of organic pop designs.

Daft Punk’s numerous guests work out great (especially Rodgers himself and cult actor-songwriter Paul Williams), and “Get Lucky”’s sunshine swagger informs the whole album melodically. It’s also interesting to see a band that relied on samples so greatly shed that approach altogether (most of RAM was recorded with “analog” instrumentation), yet still end up sounding like no-one else but themselves. With the slickness and “square” maturity of their new album, Daft Punk might alienate some people, but they might also bring a certain kind of poptimism to the masses – just like they brought EDM over a decade ago.