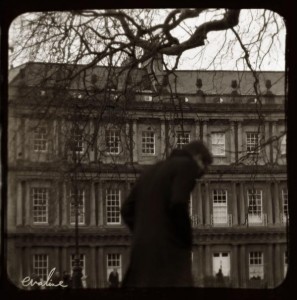 Evaline surprised me. No, not in a snobby “man, sounds like Warped Tour ’04-’06 and I’m so over that” way. Honestly, being a teenager at Warped Tour where condoms were handed to you at 14 and guitarists became shameless exhibitionists exposing their man-bits to young girls (Escape The Fate, ’06) was a blast. And with their 3-song Patterned EP,Evaline encapsulates just that.

That being said, Evaline’s newest EP is a fast-paced, gritty, ambient rock accomplishment. It made me yearn for those tanktop-soaked, don’t-give-a-fuck days. These Turlock, California boys (and lady) have been around since 2003. They were picked up by Quinn Allman (The Used’s guitarist) to record an EP with him called Postpartum Modesty. Recently, they’ve toured with Placebo in the UK (their old drummer, Steve Forrest, went to play drums for Placebo, and now they all tour together). Hook-driven and with incredible texturing/piano finesse, the title track, “Patterned,” is by far my favorite off of the EP.