ALBUM REVIEW: “s/t” by The Paperhead 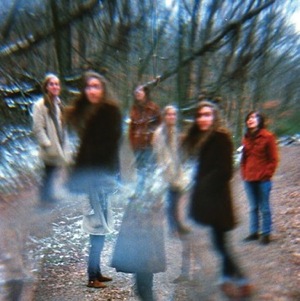 Ever wake up from an awesome dream disappointed because you realized it wasn’t real? That feeling can be pretty awful. But, if you want that dream-like feeling again, listen to The Paperhead‘s new self-titled album. Teens Ryan Jennings, Walker Mimms, and Peter Stringer-Hye from Nashville have laid down 12 tracks of spacey, psychedelic, and at times, confusing melodies.

Their sound has a thick, kaleidoscopic heaviness to it. The tracks are dotted vocals that seem to randomly drift in and out of the mix with soft, but constant beats. Track 5, “Can’t Keep My Eyes Open,” features a spirited bongo solo at the end that almost makes you think of a bonfire at the beach. That’s their style though – wistful and detached, but in a strangely appealing way. The sound of the album harkens back to a different generation, conjuring up memories and sounds of The Beatles’ “Sgt. Pepper” album.

Eighteen years old they may be, but the band illustrates a shrewd ability to place mature craftsmanship into their own unorthodox style, creating an album that will take you back to the dream you just left.

Free MP3: “Back to Those Days”