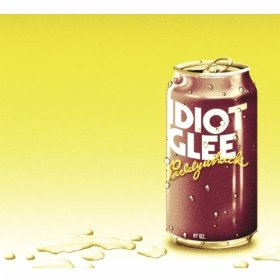 Crooning over his own arrangements of rich, doo-wop harmonies, Friley pays honest, unapologetic homage to simpler times. Tracks like “All Packed Up” and “Don’t Drink the Water” showcase Brian Wilson-esque genius. “Let’s Get Down Together,” and “Don’t Go Out Tonight,” could have been lifted from an early Mo-Town sampler. “Trouble at the Dancehall” reveals Friley’s darker side, whereas “Happy Day” is sweet enough to give you a cavity. Warped and spooky, “Deep Descent” is simply mesmerizing.

Paddywhack is a fresh, exciting blast from the past without a hint of irony. This dude is damn talented and genuinely in love with music. Pick up the album and fall in love with Idiot Glee.