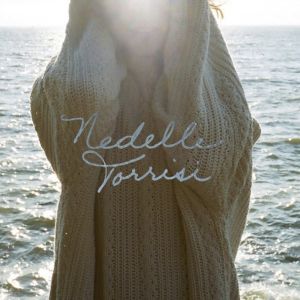 After the break-up of her former creative outlet Cryptacize, Nedelle Torrisi took to giving love advice on Tumblr; fortunately for those eager to hear more of her rich, affective vocals, she has also been prepping an album of solo material. For the first time releasing music under her full name, Torrisi now sets her trademark jazz-inflected microcosm of musical theater pop in the sensual worlds of Quiet Storm and contemporary R&B.

The singer’s most important ally on Nedelle Torrisi is LA musician/producer Kenny Gilmore (Ariel Pink’s Haunted Graffiti), who played the majority of instruments on the record. With Gilmore and other big-name contributors (including Julia Holter and Blood Orange’s Dev Hynes), Torrisi sings direct, heart-to-heart love songs over intricate backgrounds of vintage synthesizers (that can, within the space of one song, recall both ‘60s psych-rock and ‘90s R&B), Steely Dan-esque piano chords and baroque arpeggios on an acoustic (!) guitar.

This Owl’s favorite moments on the album include “I Love Thousands Every Summer,” whose new-agey intro blooms into a somewhat understated hook fest, and “Fool Boy” – a great tribute to Sade and, at the same time, the most ’90s-sounding bit on the record. While at times challenging for the sheer scope of ideas explored, the album is a rewarding, genre-hopping experience, and a worthy comeback for Torrisi.