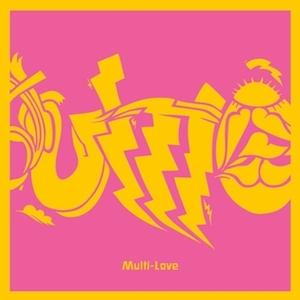 Multi-Love sees Unknown Mortal Orchestra stripping away the lo-fi sounds and multi-string bafflement that impressed and confused previous listeners, presenting to their audience a more stripped back collection of funky falsetto and masterful craftsmanship that brings the lyricism of the music to the foreground.

The titular track is a taut and precise example of funk, 60’s pop, and psychedelia fusing elegantly into a complex but simultaneously open and straightforward exploration of… well, there was that ‘multi-love’ thing where singer Ruban Nielson and his wife were seeing another woman together.

Polyamory aside, “Like Acid Rain” is a playful percussive track with a retro disco vibe and a call to dance. “Ur Life One Night” sings, “she could be the girl of your life” in the breakbeat vocal arrangements that Neilson seems to favour in this record. Then there’s “Can’t Keep Checking My Phone,” which starts of in a very vintage soul ‘n funk tone. Seductive and drawn out vocals bring to mind a forgotten era – while simultaneously quipping derogatively about the foibles of modern smartphones.

“Extreme Wealth and Casual Cruelty” is a six-minute odyssey of croaky vocals, rhythmic guitar, and lustrous trumpets. From there the album turns slightly away from the cheery upbeat earlier pop songs to longer, politically conscious thinking. “The World Is Crowded” disguises the anxiety of 20th century fears in a seemingly gentle calming track with choir-like harmonies softening the blow. “Stage or Screen” is as dramatic as its namesakes and “Necessary Evil” draws heavily on Nielson’s reconfigured vintage synthesizers to bring familiar retro sounds into a modern lament.

Finally, “Puzzles” is an angry, confusing, closing track that goes from the sounds of smashing glass to cheerful acoustic to loud guitars and frustrated electronic chanting at the drop of a hat. The seven-minute rant over immigration, paranoia, and the “puzzles” of America eventually breaks down into a simple acoustic guitar fade-out.

Even with only nine tracks, Multi-Love comes to a good 40 plus minutes of what is at first glance a fast moving, feel-good funk album – but with an underlying sadness and contemplativeness. Nielson seems to relish in his role and the clown that hides his tears – or the musician laughing off his true feelings with catchy tunes.