ALBUM REVIEW: “Mind The Gap” by Other Lives 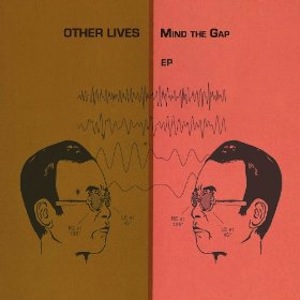 What a year it’s been for Oklahoma darlings Other Lives. The Stillwater quintet supported Bon Iver last fall and later toured with Radiohead introducing their rich orchestral sound to some of the largest audiences in the world. This fall, Other Lives venture out alone headlining their own US tour with a new EP in tow titled Mind The Gap, a short four track album recorded while the band was on the road. If you’re not familiar with the overwhelmingly beautiful overtures created by this band, Mind The Gap is the perfect portal to step through into the world of Other Lives.

“Dust Bowl” and “Take Us Alive” are the truest reflections of who we’ve come to know as Other Lives. During a time when sonic augmentation seems to be everywhere, at their core, the members of Other Lives are purists when it comes to instrumentation and musical arrangements. The dark, uneasy, and barren tone that comes across on “Dust Bowl” is a product of multiple layers of strings, percussion, keys, and Jesse Tabish’s vocals all melding together in their natural unaltered state. There is a noticeable similarity between the way Thom Yorke and Jesse Tabish use their voices as ambient background instruments rather than melodic centerpieces. Because the band wrote Mind The Gap while on the road, electronic Radiohead-esque influences do creep in on “Dead Can” with pulsating bursts of electro-bass lines throughout the chorus and Thom Yorke’s Atoms For Peace turns “Tamer Animals” on its head with a remixed version of the song that is the polar opposite of the original.

With the release of Mind The Gap and a fall tour currently in full swing, now is the perfect time for you to get to know Other Lives. We promise, the only regret you will have is lamenting over why you didn’t acquaint yourself with them sooner.