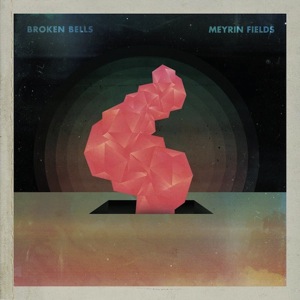 Broken Bells (aka James Mercer and Danger Mouse) are back to nouveau good on their latest album Meyrin Fields, a four-song EP. To skip to the point – all four songs contain more of an electric-guitar groove, in comparison to their self-titled debut album, released in 2010. The tracks are rhythmically aligned with the “Citizen,” rather than “The Ghost Inside.”

Die-hard fans have most def heard “Meyrin Fields” and “Easy Life” before. The latter was a bonus track on Broken Bells; the former appeared as a b-side of “The Ghost Inside” single.

The trip-hop sound is spewed all over “Meyrin Fields,” branded by the magnificent Brian Burton (Danger Mouse). The second track, “Windows,” circles around and climaxes on experimental pop. “An Easy Life” is so melodic it could easily be a hidden track on the beloved band-name-need-not-be-mentioned, Revolver album. Lastly, “Heartless Empire” is a droning droning electric mazeâ€”the closest the band gets to The Velvet Underground.