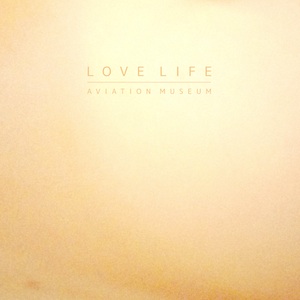 South of San Francisco about 45 minutes on Highway 101 is the town of Mountain View, California, home of a little internet company you may have heard of called Google. It’s also becoming a budding music scene, producing acts like Dogcatcher and now Aviation Museum, the moniker for Ryan Kingsmith.

Kingsmith runs a studio just around the corner from the search giant and happened to have a little extra time one weekend to record a 7 song EP with his friends. Poised behind an acoustic guitar and a notebook full of song ideas, Aviation Museum was born.

The messages within the cracks of Love Life are pretty standard coming from any songwriter. There’s love. There’s loss. And that’s life. Kingsmith croons “Gonna get a job at a bar tonight, and lay my best laid plans aside, to hear folks magnified, and hold their glasses to the light,” in a song titled appropriately, “American Bars.” It sounds exactly like most American bars where a band plays in the background, which makes it perfect.

Kingsmith’s voice is nothing that will win him any music awards or judge spots on The Voice anytime soon. He probably wouldn’t even get an audition. But that’s what makes the album so believable. Love Life isn’t perfect in its production or glossy for glossies sake. It is, however, full of extremely honest lyrics, the occasional mandolin, and a hint of sadness. Hear it for yourself below.