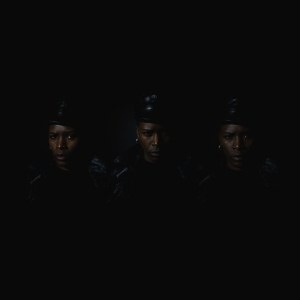 Light Asylum’s self-titled debut combines so many devastating elements of electronic, punk, soul, and new wave that the effect is like standing in a barren field during a beautiful lightning storm. It’s hard to seek safety when everything around you makes you feel so alive.

“At Will” and “IPC” share a blunt, punk-inspired axis with lead singer Shannon Funchess practically spitting and writhing around multi-instrumentalist Bruno Coviello’s electronic weaponry. But, there are also tracks like “Angel Tongue” which take on a more sensitive approach (for Light Asylum anyway), blending in slow slung beats and even a trickle of chimes.

Leading up to the album’s release, Funchess and Coviello attracted a saturated amount of attention from the underground community. Together, their anxious electroclash style hypnotized a wide swath of the music industry/community. Although we thought that it was a good thing that the album’s focus wasn’t on the lyrical content, Funchess’ incredible range and authoritative delivery elevated Light Asylum’s bleak post new wave sensibility.