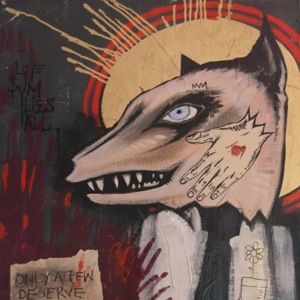 Andrew Jackson Jihad is at it again, tearing up the music blogs with his latest folk-punk release Knife Man. Comprised primarily of Sean Bonnette and Ben Gallaty, their fourth full length album is set to drop September 20th, already to much critical acclaim.

It’s hard to make comparisons with these guys. Their styling is Americana in instrumentals, with tambourines, banjos, and organs, but then their rhythm section pulses punk, as in the drums driven “Distance.” With songs named “The Michael Jordan of Drunk Driving,” “Fucc The Devil,” and “Sorry Bro” you would think this is a comedy album, or by the similarly eloquent song title masters, The Brian Jonestown Massacre.

Witty, self-reflecting, and with vastly entertaining folk-punk beats easy to dance to, Knife Man is a must-check-out for 2011 fall releases.