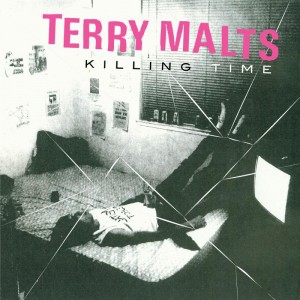 How does Terry Malts “kill time” might you wonder? Oh, the usual: beating back neurosis and malcontent, thinking about chicks, and definitely, definitely not attending church. You might call it a shared reality with today's young people, but Terry Malts' debut album Killing Time is certainly entering some friendly territory.

Whether lead singer Phillip Benson can help it or not, when he lets the “oooh ooohhhh” fly on the lead off track “Something About You,” I think how Joey Ramone would be proud. But, it’s not just the bubbly fuzz and colorful punk revision that makes this album a success, the record's lyrics are cynical and highly quotable. For instance, there is a wonderful nod to the no nonsense punk-garage gods when Terry Malts tells it like it is on “Where Is The Weekend.”

This bay area trio makes good (and then some) on its early promises from their previously released singles. Killing Time is sarcastic and bullish, yet rock 'n roll through and through.