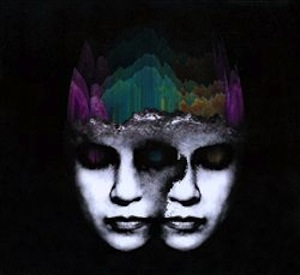 Bonfire Diaries, Metal Mother“s 2011 debut, led us deep into a forest populated with animatronic mythical creatures. Said forest has since been leveled, a squalid after-hours spot erected in its stead.

Progress and regression go hand in hand on Ionika. “Mind_Off” is another trip down new wave lane until it”s interrupted by cavernous thuds and a flurry of hoots, making the synthetic party more authentic. “Windexx”d” is one of several ghoulish takes on dream pop. The album”s strident yet satisfying mid-section hits the hardest. A sinister tranquility accompanies “Little Ghost,” a tribal trip-hopera. “Omens” is full of dark ambient sin, while the whistling refrain throughout “Hungers” suggests gospel. The cleanse doesn”t last though as we head right

back to the dangerous embrace of “Doomdome,” where we “dare to read the news, run for higher ground, or run for president, “cause its R.I.P. underground.”

On the production front, Ionika is less ambitious than her peers, but also less overwrought and impenetrable. Given all the modulated

voice layering and progressive metal song titles (“Tactillium,” “Enetar”), one rarely knows what Tara Tati is singing about. All the same, the gritty, supernatural harmonies that she conjures are rather compelling.