“In The Dark, We Set Sail” by True Gents 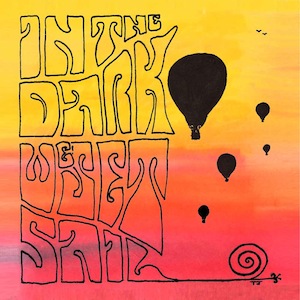 True Gents
In the Dark, We Set Sail
[Self-Released]

For their debut album, True Gents have released a gargantuan collection of 17 tunes, In the Dark, We Set Sail. Musically, it’s excellent: the title track, “Black Beard’s Ghost,” “Honeycomb Heart” (the leadoff single), and “Interpol” all showcase a command of traditional instruments and traditional-sounding material with pop-rock sensibility. Euan Nicol’s and Tobe Jeffery’s voices blend well together, and swapping lead vocalist duties helps maintain interest throughout the lengthy running time. And the pipe and whistle work of Ross Ainslie is a standout on every track where it’s featured prominently.

However, though it would play well at a céilidh or concert, under the microscope of a recording, the material suffers from frequently horrendous lyrics (the first track, “Sunshine,” being a particularly egregious example) and redundancy (“Blackbeard’s Ghost,” “Pale Moonlight,” and “Seasick” are too similar to appear back-to-back on the album). It would be easy to overlook these shortcomings if this sort of record, a rock album steeped in traditional influence and instrumentation, wasn’t so relentlessly derivative the Waterboys’ classic Fisherman’s Blues. It’s perhaps unfair to compare a debut album by a young band directly to landmark mid-career work by one of the greatest folk-rock bands, but it’s also hard to see what True Gents have to offer fans of modern Celtic folk at the moment: listeners looking for pipes and fiddles can have their pick of world-class virtuosos in bands like Solas and Old Blind Dogs, and the traditional music of the British Isles is filled with great lyrics and has no need for mediocre entries.

True Gents show plenty of promise, though. If they can just breathe some life into their words and show some restraint in their song selection, they certainly have the chops to, in time, produce a classic record.