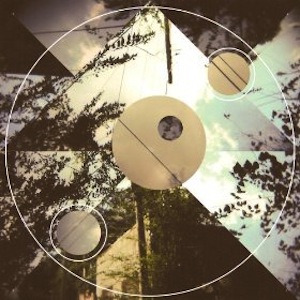 The veterans from Lawrence, Kansas known as The Appleseed Cast know a thing-or-two about a thing-or-two and it shows on their eighth album Illumination Ritual. It harkens back

to the days of Low Level Owl Vol. 1 and 2, and Mare Vitalis, marrying “90s emo hooks with post-rock melodies (think Sunny Day Real Estate and Mogwai). The tension in “Adriatic To Black Sea” sails to a blissful climax, luring the listener with its cohesion and setting the scene for the album.

Vocals rarely are the focal point for

The Appleseed Cast, instead serving as another layer in its musical atmosphere. But when they do appear, such as on “Great Lake Derelict” and “Cathedral Rings,” Chris Crisci’s vocals elevate the songs higher than they’ve shown in the past.

Electronic elements are also on display with repeated blips on “Simple Forms” and the synth-sparse “Branches On The Arrow Peak Revelation.” The latter shows off the band’s technicality and precision, looping and layering reverb-ladened guitar riffs onto new drummer Nathan Wilder’s math-rock tendencies of shifting odd time-signatures.

Sticking to their guns while adding new wrinkles show why The Appleseed Cast have been around for 14 years while continuing to intrigue and excite.