“I Won’t Keep You Here” by The Thoughts 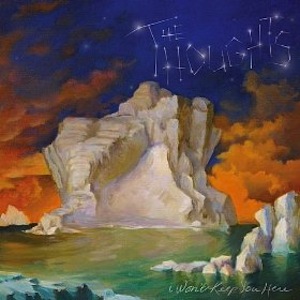 The Thoughts
I Won’t Keep You Here
[Brass Tax Cooperative]

Ian Williams and Jon Horwath refined their world of lyrical-pop when they joined Katie Mosehauer in 2007 to form The Thoughts. It’s been four years since their debut. They don’t punch out albums one after another, but maybe their band name is indicative as to why.

Pretty much every song on The Thoughts’ second album I Won’t Keep You Here could be the theme song to a romance movie where two lovers are trying to overcome this epic hurdle so their worlds can get back to turning again. The anguish-laden track “Spinning/Falling” is heartbreaking: “the air looks so harmless, just us and the ocean, before the salt water fills our lungs…” Mosehauer has this way of telling her own version of Williams’ vocal story with her vibrant violin and harp melodies. It’s almost like the strings might actually take over for the vocals at any second. It’s a very cool way to listen to this genre of music. I get the feeling that The Thoughts have much more to offer us in subsequent albums… in due time.