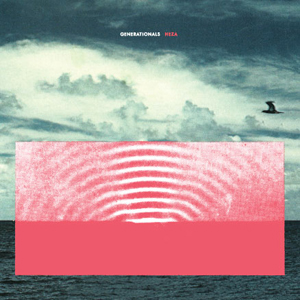 You can sum up Heza, the third LP from New Orleans’ Generationals, in two words: evolution and minimalism. Though Generationals’ sound is largely still generated by guitar driven melodies provided by Grant Widmer and Ted Joyer, Heza finds the band dipping its toes into new territory giving electronic instrumentation a more prevalent role

than in any of the duo”s previous full length albums.

songs like “Yours Forever.” The incorporation of layered electronics is subtle and does not go as far as their 2012 EP Lucky Numbers, which most closely bears a resemblance to electro-pop than any other genre. Widmer and Joyner have not lost their ear catching indie-pop appeal by any means. Heza immediately jumps into the familiar sound of buoyant guitar riffs with Joyner aloofly cursing a bad memory on “Spinoza” and the boisterous clamor of bells during the chorus of “Put a Light On” easily draws a smile to your face. Generationals have subtly toned down and simplified their characteristically rowdy version of indie-pop making it much more nuanced and interesting.