“Generals” by The Mynabirds 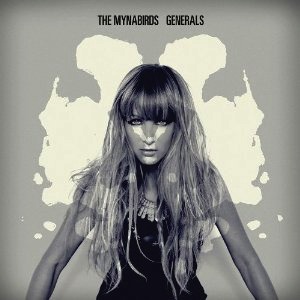 It’s a wonder singer-songwriter Laura Burhenn ever toured as part of Bright Eyes – with her sophomore solo project under the moniker The Mynabirds, she presents a politically charged concept album, discarding much of what made her debut stylistically unique. Generals trades slow meditation for pulsing African drums and protest vocals, fueling a sort of pioneer feminist rock.

On opener “Karma Debt,” a slow-mo beat slinks forward as Burhenn spills her words in a Fiona Apple meets Florence Welch sort of daydream – the refrain echoing “I give it all / I give it all / for a legacy of love.” On title track “Generals,” you might think you’ve found a toe tapping Southern anthem worthy of a newly Nashville-centric Jack White – Burhenn offering a plea: “Calling all my generals / my daughters,” but Burhenn does let the tempo hush on slow-burning “Mightier Than The Sword” – layers of female backing vocals thicken the backdrop as Burhenn coos “Is there anything I could say / To make you stay?”

Based on a Richard Avedon photograph: “Generals of the Daughters of the American Revolution,” Generals offers an alternate path for politically disenfranchised individuals – insisting on action, as she questions what true revolutionary women have looked like over the years. Even if politically charged albums aren’t really your style, you may appreciate the intricacies of Generals for its power, resonance, and thoughtfulness.