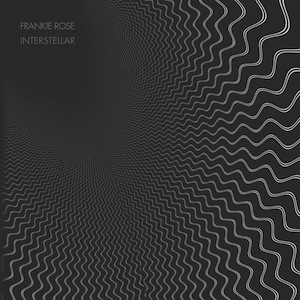 Frankie Rose has transformed from her 2010 self-titled Frankie Rose and the Outs debut. She’s traded in her rebellious indie rock lipstick for a carousel of keyboards and electronic nuances. Her harmonies still flutter like a tightly choreographed hummingbird mating ritual, but Interstellar is an absolute Gothic new wave voyage.

For instance, “Pair of Wings” has an industrial tinge that beams with Cocteau Twins-esque textures and dreamy malaise. Meanwhile, “Gospel/Grace” cascades with angelic harmonies and primal drumming.

The Outs have been sloughed like a dead appendage and Frankie Rose forges ahead on a plush cosmic caravan built for one. She’s been an icon in the female indie/punk rock movement for years so it shouldn’t come as any surprise to hear Interstellar blazing new trails.