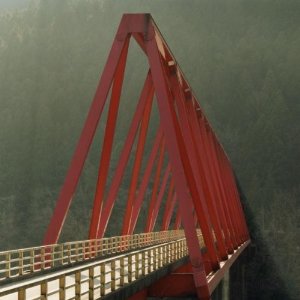 “Is it dead enough? Is it still enough? Will it replicate? Inside our bodies now,” Simon Balthazar croons on “Replicate,” a fusion of folk-pop and electro charm. “Deconstruction” conjures up memories of fun electro new wave from the ’80s. “Len’s Life” has Balthazar channeling a bit of David Byrne. “Come faceless and cold,” sings Balthazar on the sax and trumpet punctuated “Tunguska.” Fanfarlo captivates your imagination so quickly that before you know it, you’ve devoured all twelve tracks. The proficient blending of folk and electro-pop orchestrations with superb vocal harmonization makes each song feel purposeful and the album beautifully paced.

Rooms Filled With Light is not a complete departure from the band’s previous folky efforts. The addition of electronic instruments incorporated into their repertoire has given more profoundness to Fanfarlo’s sound. The multi-talented, multi-instrumentalist members of the band seem to be on a collective journey of discovery, still in the process of honing their core sound. And they’ve been gracious enough to invite us to indulge into another layer of their talent-filled dip. And once you’ve had a taste, you’ll only want more.

You can check out more of the album on Soundcloud!