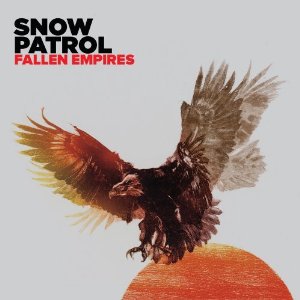 Sometimes there is an album that you really want to like because of its soothing melodies and great use of an acoustic guitar. But no matter how hard you try, you just can’t get past the fact that it sounds pretty much the same as all of their other albums.

This new Snow Patrol album starts out promising with the song “Berlin” which is simply instrumental and therefore devoid of lead singer Gary Lightbody’s often melodramatic lyrics. As the tracks continue, it is clear that although the songs are great for the ear, it is yet again an album centered on and suffocated by a lofty metaphor. With a theme of desperation in Eyes Open and of planets in A Hundred Million Suns, Lightbody writes (surprise surprise) songs strung with an underlying metaphor of a fallen empire, whether it is the collapse of a relationship or of optimism. In “This Isn’t Everything You Are” Lightbody swoons “And in one little moment/ It all implodes/ But this isn’t everything you are.”

If you’re a fan of Snow Patrols‘ attempt at radio hits then check this album out, but if you’re expecting something unique or another beauty like Run, don’t hold your breath.