ALBUM REVIEW: “Everybody Get Close” by The Juan MacLean 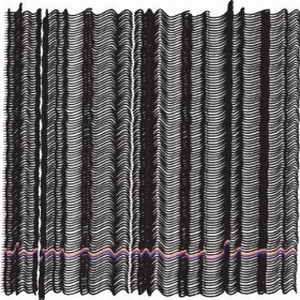 The Juan MacLean
Everybody Get Close
[DFA Records]

What I’ve always loved about John “Juan” MacLean‘s dance-punk take on future disco is how uniquely human it felt. While the artist himself must’ve been too humble to admit it, considering he dubbed his 2005 debut Less Than Human, MacLean’s best compositions usually make me think of a spontaneous frolic with close friends at a house party, never the stone-cold dance floor of a ginormous West Berlin techno club. Case in point: “Happy House.” On the well-received single from 2008, MacLean was able to make sophisticated house music sound like punk rock with beeps, blips, and a taste of groove.

I’m happy to report that the warm, down-to-earth feel is still present on Everybody Get Close, the Juan MacLean‘s latest compilation album. Not a proper follow up to 2009’s The Future Will Come (for that we’ll have to wait until later this year – it’s in the works!), the digital-only release is a collection of new songs (such as the eponymous single “Everybody Get Close”), remixes of older favorites (including Cut Copy‘s upbeat version of “Happy House”), and freshly remastered cuts from self-distributed EPs.

Filled with tight, breezy, and hook-loaded songs, the record gets together an eclectic array of electronic styles, ranging from classic Detroit techno (“X2”) to stylish, French Touch-inspired jams (“When I Am with You”). Most of all, it makes me anticipate his next record with even more enthusiasm.