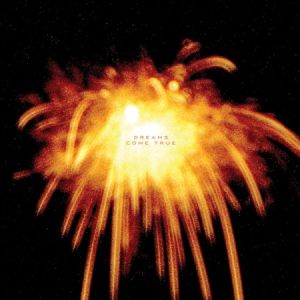 Chris Taylor, multi-instrumentalist, songwriter, singer, and general awesome contributor to his main project, Grizzly Bear, has a new solo album under the new moniker CANT. You’re thinking Grizzly Bear right now, aren’t you? Put that thought in a drawer and lock it away because the new album, Dreams Come True, is really more in sync with his co-collaborator Twin Shadow’s woozy electronic pop than GB’s grandiose rock explorations.

The album caught me by surprise, both good and less good. Tracks like “Answer” and “Too Late, Too Far” cemented my suspicions that Taylor is one hell of a producer and songwriter, and that he’s comfortable working in any variety of settings or genre classifications. Both songs move with stylistic flair, forming a impenetrable depth of layered electronic beats and psychedelic flourishes. Of course, “Believe” could also make anyone’s Best Songs List for 2011, but there’s also the disturbed crooner in CANT. On “Dreams Come True,” She Found A Way Out,” and “Bericht,” his listeners may have trouble identifying with the harsh tones and obtrusive, strung-out melodies.

Even though Dreams Come True is surprisingly uneven, the album still champions a lot of Taylor’s strengths as a gifted arranger, singer, and collaborator.