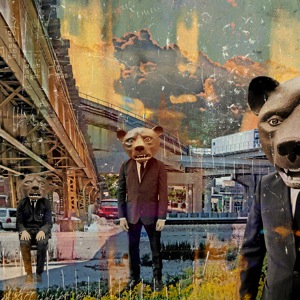 Teddybears have invited all their friends to get your feet stomping with their sixth studio album, Devil’s Music. Identities concealed by gigantic bear heads, the Swedish dance group of brothers Joakim Åhlund and Klas Åhlund with drummer Patrick Arve smash rap, electro, and rock instruments to produce fun and wacky party music with a raucous rhythm.

An endless list of guest appearances give their second U.S. release a wide appeal to nearly every audience under the face of the sun. Atlanta rapper B.O.B. supplies a slick flow with a radio friendly hook on the feel-good track “Get Mama A House,” and electro diva Robyn really gets the dance floor jumping with her sassy charisma on “Cardiac Arrest.” The hypnotizing voice of Cee-Lo also joins the shindig over the bouncy beats of the B52’s to create a catchy love song titled “Cho Cha” that stands out as a memorable moment of the wild bash. But the collaboration with Wayne Coyne of the Flaming Lips titled “Crystal Meth Christians” is the most addictive track featuring a breezy chorus over a sunny psychedelic tune with grungy undertones. Although the latest release from Teddybears is sonically scattered, Devil’s Music is an eclectic mix of music that makes a fresh summer record and a certified party starter for the sinful.