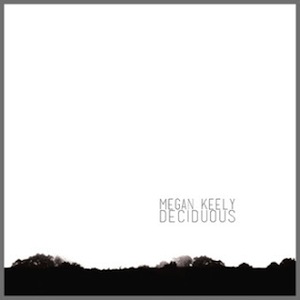 Megan Keely recently tweeted: “Dear music, life is so much better with you in it.” Surely no one reading The Owl Mag would argue otherwise, however it should still be said that Megan’s latest album, Deciduous, hands down pertains to that declaration. Delicately churning from folk to country to blues, Deciduous’ common stroke in all nine tracks is precise poetic lyrics laced with consistent mellifluous vocals.

Despite being Bay Area born and raised, to concoct this album Keely ventured to Nashville, TN where she received some stellar help. Nathaniel Smith (Yo-Yo Ma, Bela Fleck) plays cello on two wholesome tracks (“I Met You” and “Just Enough Time”). Brittany Haas (Crooked Still, Steve Martin) offers up her extraordinary fiddle skills on six songs. For the closing tune, however, Keely relies on no one but herself as she describes her time in Nashville and admits to falling in love with the country music capital.

The Chapel in San Francisco is hosting the album release party on Friday, July 12.