“Dark Bird is Home” by The Tallest Man On Earth 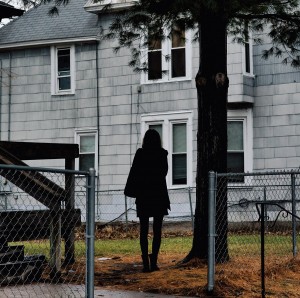 Slowly but surely, The Tallest Man on Earth has steadily backed away from using just his guitar and began introducing more instruments into his songs. Whether this has been the right direction for him to head is iffy, as Dark Bird is Home is almost the opposite of what had made the Swedish singer special in the folk game. His usual whiny croon is now heavily subdued, replaced with highly produced instrumentation that is unfortunately becoming more and more a part of his M.O. What we’re used to is his unabashed rasp that laid nicely over strictly acoustic chords. There’s No Leaving Now still made use of his vocals but was the debut of his friendship with other instruments. What Dark Bird is Home gives us is the more Americana side of the Tallest Man on Earth – pianos, drums, and tambourines are just some of what has replaced his famously unforgiving, oversimplified sound.

The closest Dark Bird comes to what we love about The Tallest Man on Earth would be “Singers” and “Beginners,” which because of this make them the album’s star tracks. To be fair, “Little Nowhere Towns” comes in as a close third, with easy and pretty piano playing and backing female vocals that give more of a Decemberists feel, but still somehow work. The album’s closer and title track, however, lacks enough punch to send the already weak album out on a good note. It’s harsh, but Dark Bird is Home is so far the weakest of The Tallest Man on Earth’s discography.