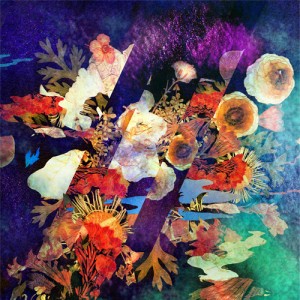 The sincerest form of flattery is in full effect on Conveyor’s self-titled debut. Four young men from the east side of the US (in this case Brooklyn) blend psychedelic rock, folk, and EDM before slathering it with sweet-natured hums, yelps, and gibberish… that sounds awfully familiar. While last year’s Sun Ray EP emitted an amusing new wave/hippie jam band vibe, Conveyor unabashedly attempts to follow-up Animal Collective’s Merriweather Post Pavilion. The fact that they halfway succeed is more a testament to their songwriting skills than their creativity.

There are some truly memorable melodies within these eleven tracks. “Short Hair” deftly layers at least three of them, wafting in and out over programmed thumps and clicks. Conveyor inserts the hoot normally found in banal pop punk into a gentle, ethereal symphony entitled “Mukraker.” Ironically, it also features the lyric “are you so convinced that what the world needs is another faker?” “Mom Talk” is catchy yet pre-occupied with MPP’s “Brother Sport,” right down to the pronunciation of “open up my throat.” The straight-outta-“College” (from Sung Tongs) multi-part harmony on “All” huffs entirely too much reverb. Conveyor confuses enigmatic with lack of personality, resulting in lovely music with a lukewarm emotional impact.