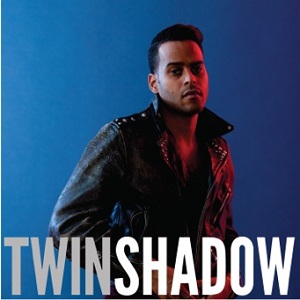 This year isn’t over yet, but it doesn’t have to be December for us to declare some of our favorite releases of 2012. One of those albums is Confess, the sophomore LP from the exceptionally smooth brainchild of George Lewis Jr., Twin Shadow.

As far as we’re concerned there couldn’t have been a better track to get listeners new or old accustomed to Twin Shadow’s new direction than the opening song “Golden Light.” Its serene atmosphere and overall blissful sound wonderfully showcases just how much Twin Shadow has matured since his 2010 debut. In contrast to Forget, Confess is noticeably more upbeat, but don’t worry because the band’s signature new wave style is still there. “You Can Call Me On” is driven by an undeniable, straightforward emotion that’s full of grit — and if you think this was as good as it gets, then you’re mistaken. “Patient” could easily be the most powerful track on the album and with such incredibly catchy hooks and sexy rhythms; it’s a nice instant reminder of Prince during his ’80s days.

We can’t say that we’re too surprised because Twin Shadow has always delivered musical gold, but Confess will be playing in our ears for many months to come.