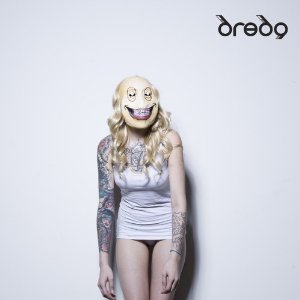 Chuckles and Mr. Squeezy is Dredg’s 5th studio album release in the past 13 years.Â They have a new producer on board who helped with a few of the songs, the hip-hopÂ innovator Dan The Automator (Handsome Boy Modeling School, Deltron 3030).

There are some marriages between producer and band that create startling musicalÂ landscapes unforeseeable by any critic or record company CEO. David Bottrill andÂ Tool on Aenima is one such explosion of everything going right. This, unfortunately, didn’t happenÂ here. Dredg is recognized for their prog-rock concept albums – a band steeped in abstractÂ messages, sweeping guitars and vocals, and under-the-radar appeal. In 2005 they put outÂ the album Catch Without Arms with the hit “Bug Eyes.” Produced by the more fittingÂ Terry Date (Dream Theater, Deftones), itÂ gained new fans while satisfying die-hards.

In Chuckles and Mr. Squeezy, the hip-hop beats and influence from Dan The AutomatorÂ is obvious and not really welcome. Lead singer Gavin Hayes adopts a falsetto voice for theÂ majority of songs, and the guitars just don’t riff as hard as they used to. “Kalathat” is anÂ acoustic ballad with a haunting string presence that’s worth checking out, but still isn’tÂ prototypical Dredg.

I hate sounding this bitter and disappointed, but dammit, I am. If you’re a fan of DredgÂ you probably shouldn’t listen to Chuckles and Mr. Squeezy. They went in a new andÂ quirky direction that this fan just couldn’t understand.