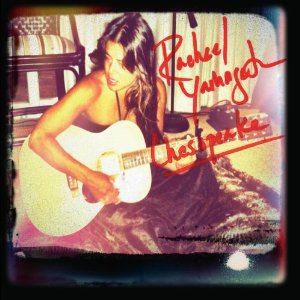 When I happened upon Rachael Yamagata’s EP, back in 2003, I fell in love. (Full disclosure: I’ve always been a sucker for sultry, deep voiced, chanteuses such as Fiona Apple and PJ Harvey, etc.) Yamagata’s latest LP Chesapeake, is self-released and a labor of love, written and performed with her “Dream Team” which Yamagata herself has been quoted as saying.

For Chesapeake, Rachael Yamagata has tweaked her usual formula of mostly piano laden ballads with occasional bursts of pop/rock on its head. Don’t get me wrong, plenty of said ballads can be found in the record (“You Won’t Let Me,” “Full On”), but the record is filled with pop/rock radio friendly tracks. “Even If I Don’t,” is piano, percussion, pitch-perfect-pop anchored by Yamagata’s luscious vocal. “Saturday Morning” and “Miles On A Car” follow suit.

At the heart of Rachael Yamagata’s craft is a willingness to bear her soul through her songwriting. And her voice is the perfect conduit in making the rest of us realize that. Enjoyable as it is to sit back and listen to Yamagata sonically, it is an absolute pleasure hearing and seeing her live. She’ll be going on tour in support of the album, so definitely go check her out. And if you’re lucky, she’ll sing, “Would You Please.”

Even If I Don’t by RachaelYamagata