“Cast Away” by Strange Talk 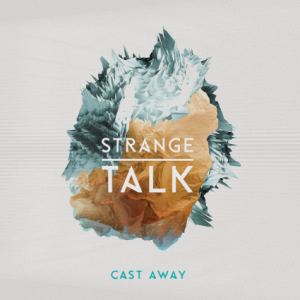 The record starts off as it means to go on – with the electronically bright, bubbly and not-hold-barred playful melody of title track “Cast Away.” It pretty much sets the tone…this isn’t an album that lingers on melancholic subtleties or existential angst. It’s all about the beat. The irresistibly catchy “Falling In Love” and the “So So Lala” are both led by electronic crafting into hook-laden dance tracks – there’s even a bit of Future memories Daft Punk style ’80s disco pop revivalism in the former track. “Young Hearts” on the other hand is powered by a maddeningly memorable stuck-in-your-head shout-it-out chorus and playfully melodramatic drums (can drums be melodramatic? They just seem that way!). When it comes to the latter half of the LP, the slowly building hooks and breathy vocals of “Morning Sun” may have made a more fitting conclusion than the actual closer; “Wanted (Dead or Alive)” is strong enough as a stand alone track, but seems out of place to end an album with.

You could draw comparisons between Strange Talk and a lot of other artists – there’s clear inspiration from the likes of M83, MS MR, Cut Copy and even the catchy pulse of the Klaxons. The band are a giddy bundle of big tracks and fun sounds, but how they’ll go on to make themselves stand out in the long run remains to be seen.