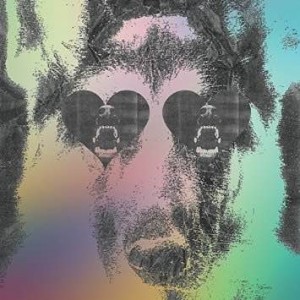 Now on their fifth release, Boys, Crocodiles are barely reaching just higher than the base level of their potential. Crocodiles are still teetering on that totter of imitating 90’s alternative and shoegaze, feigning a balance with bits of indie dance-pop. This album is, however, what seems to be the actual beginning of their progression.

Respectively, Crocodiles’ discography consists of solidly accessible, “fun in the sun” type music that’s good for what it is. But what it is, sadly, is average at best. With Boys, Crocodiles do turn it up just a notch, but the album in no way pushes 11. “Kool TV” has a commercially poppy appeal, employing bongo beats, a simply catchy hook and a low rider-esque guitar riff remniscent of Southern California in the 70’s. “Transylvania” parallels the noise of most Sonic Youth songs, while “Hard” sounds the most like what often gets Crocodiles compared to the likes of The Jesus and Mary Chain and Spiritualized. All of these are great accents to have on an album, but only if they’re recycled in a manner we’ve never heard before, which isn’t such in this case.

No song on Boys quite compares to what’s probably their biggest hit, “I Wanna Kill,” off of their debut Summer of Hate, but anything off of it is still perfectly acceptable background music.