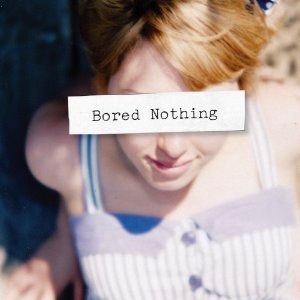 Aussie-based Bored Nothing is unveiling their debut self-titled album after years of cassette releases. Fuzzy guitars and blurred instrumentation, a casual 90’s slacker vibe, and vulnerably intimate lyrics coexist to give you exactly the album you crave when you’re teetering as a wallflower.

Front man Fergus Miller’s lyrics speak of his wanderlust and nomadic lifestyle, aching to break through to the center of the crowd but then usually moving on.

Based off of his sudden buzz and recent slew of interviews, Miller is not your typical front man. His DIY approach to lo-fi bedroom music is one of thrift and accessibility – borrow an acoustic guitar from a friend, use a parent’s computer for drum beats, that kind of thing. Even as baby-bloggers compare

him to A Place To Bury Strangers, Jesus and Mary Chain, and Pains of Being Pure At Heart, Miller keeps his outlook surprisingly cool. When asked in an interview with The Dumbing of America if he produces his music lo-fi in order to purposefully de-commercialize his work, his response was “haha, like I could give a shit if I get played on the radio. That’s actually really funny. I find the fact that people think of their art as a commodity the most evil thing on the planet. I make all my songs to play to two of my friends, because their opinions excite me, and also just for something to do, anything else that happens with it doesn’t really have much to do with me.”

“Bliss” has that Conor Oberst yearn that would be great to yearn along to while on a long night drive to avoid one’s parents. Miller’s vocals in that track have the melodic Elliott Smith whisper that hurts so good, while their single “Shit For Brains” is darker and almost accusatory in theme, yet contrasted with surfer-jangle guitar chords. All in all Miller has created a solid, easy to reference debut that doesn’t have the misfortune of sounding too derivative.