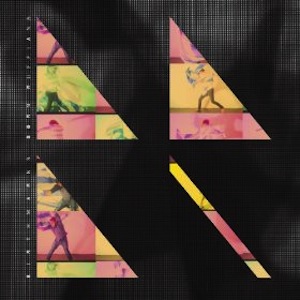 If you haven”t seen the Born Ruffians play a live show, you”re missing out. It”s wild, unhinged, and loud. They walk a unique line of composure and complete insanity, and it changes by the second. Their live shows previously served as incubators for how the songs would appear on record. The bi-polar nature of tracks like “Hummingbird,” and “this sentence will save/ruin your life” made it impossible to ignore their energy.

On Birthmarks we find the band in an entirely different place. Going for a more polished and mature sound, the guys brought on Roger Leavens to produce, and the results are solid. Birthmarks is going to appeal to a wide audience, most of the tracks are instantly likable, with excellent vocals by Luke LaLonde. There are a lot of influences on the record from The Fleet Foxes to The Talking Heads, and it all works. We miss the wildness of the earlier records, but the trade off for more thoughtful concepts and sound seems fair, and will most likely result in a lot of new fans. This album will be for sale on Urban Outfitters for sure, and will probably do well, as it should.

The album opens with the amazing “Needles,” which has a Fleet Foxes-esque hymnal feel and couldn”t have been sung better by Robin Pecknold himself. It”s filled with longing “I belong to no one, a song without an album…I belong with no one.” It soon breaks out of church, and goes into classic Born Ruffians post-punk tempo, and the hook actually feels influenced by world beat “A way! A way! A way to always become: Lost! Lost!” It”s a dramatic shift, and just as compelling as their wild youthful tracks of yesteryear. Lalonde”s growing up and trying to hold back even if he wants to burn. The tension makes for a good record, but we”re rooting for the burn to resurface and blend with this new sound.