“Bicentennial” by The Welcome 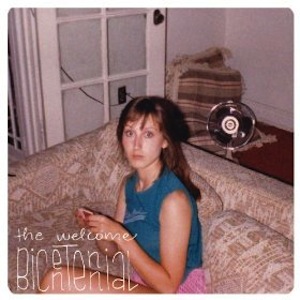 The Welcome is one of those bands that straddle the seemingly thin line separating rock and pop: one moment they exude all the synth-based electro-goodness of Matt & Kim, the next they’re banging out arena-sized riffs that would fit nicely on the next Band of Skulls record. The band’s latest EP shows that they can be ferocious, playful, and charming all at once — especially when the boy-girl vocal interplay of singers Gehring Miller and Sarah Johnson is set against the backdrop of pulsing distortion and crashing cymbals like on the aptly titled “The Colossal Sound.”

The group can, however, turn it down and be just as effective like on “Brittanica,” a song sparse and haunting enough to pass as an early Cold War Kids tune. Then there’s the closer “Acetaminophen,” full of pseudo-funk guitar and Miller’s shrill falsetto weaving seamlessly with Johnson’s slight rasp that makes you realize this band is anything but predictable. Hopefully a full-length from this criminally unsigned foursome will be coming in the near future, but judging from Bicentennial, it’s impossible to know what to expect from it.